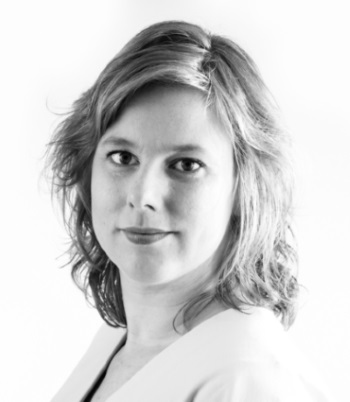 Concert in the Buitenwerkplaats, June 10 2016

Recorder sounds from Stephanie Brandt and María Martínez Ayerza paint around the crystal clear, brilliantly pure voice of soprano Harma Everts. Their “light and airy” melodies from the renaissance go together wonderfully with the Pentecost Sunday matinee in the chapel of Drüggelte.

In the seventeenth century love took center stage just like it does now: this was the theme with which Ensemble Rossignol and soprano Harma Everts captivated the audience in the beautiful 12th century Maria Church in Ruinen.

Meeting the two brilliant instrumentalists and a wonderful soprano voice, belonging to the young and promising Harma Everts, became love at first sight and hear for many. Her broad studies at the Royal Conservatoire in The Hague included the for this programme absolutely necessary specialization of baroque singing. Apparently without any effort she sang the first piece of this very diverse programme, the cantata HWV 132, Mi palpita il cor: My heart bounces. With the help of the very detailed programme sheet we could easily follow Händels musically described feelings of inquiet, sorrow and torment. The programme was concluded with a later cantata of the same composer, HWV 173, the imprisoned soul, in which fortunately more joy than torment was shown.

This mistress of the coloratura, who sang her texts with great virtuosity, was accompanied in style by the warm sound of the theorbe, an old and much bigger version of the lute. Next to this instrument, Elly van Munster played on more variants of the lute and the guitar. With the smaller version of the latter, the romantic guitar in a romantic solo piece by the 19th century composer Johan Kaspar Mertz, she showed that she was not just an accompanist, but also an excellent soloist.

The second accompanying instrument with the vocal pieces was the recorder, played just as well by Alice Gort-Switynk. Of the so often heard rigid, little vibrating sound, little was left in her skillful hands. Clear and precise, in a beautiful series of four Love Stories from 1990 by the versatile German composer Axel D.Ruoff, she was able to lift the instrument in different sizes over the image of house and school music, towards a jewel of the concert hall, certainly of the beautiful acoustics of this medieval monument. Together with the guitar player they excelled in a 20th century, modern piece by Viktor Fortin: Liebeserklärungen an die Bassblockflöte. Four completely different atmospheres, sometimes with sharp dissonants, sometimes graceful and melodious.

Aside from the songs in the Italian language, Harma Everts also sang English ballads by Henry Purcell: Sweeter than Roses, with only the theorbe, and texts by William Blake, set to music by Ralph Vaughan Williams. Also in the high tones, the voice of this soprano stayed euphoniously warm.

Such was this programme, that it would fit very well in an atmosphere of romance by candlelight, full of variety, and it moved between baroque, classical, romantic and modern. Cleverly built up, and from start to finish fascinating in its presentation.

The Dutch soprano Harma Everts sports a clear voice, not seeking power, but the symbiosis with the recorders. She has an innate theatricality, allowing her to pass from reciting to singing in a natural way, a perfect Sprechstimme. Her high notes sound pure and brilliant, her middle register clear and round. 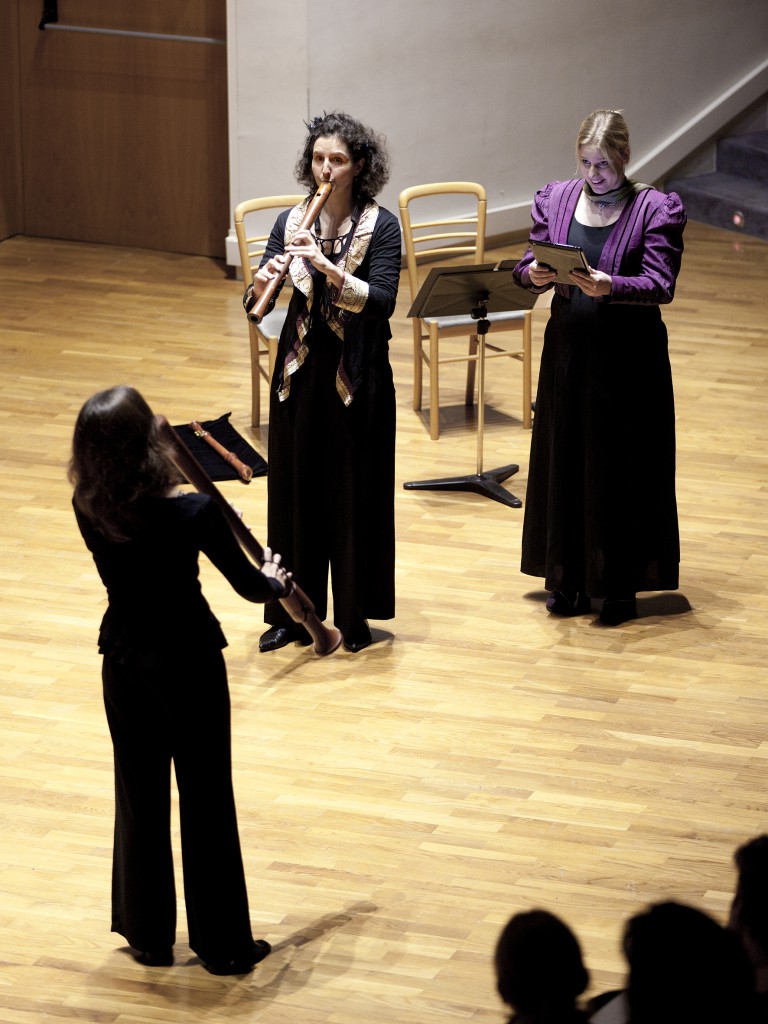 (…) “Guest-soprano Harma Everts indulges our ears with ‘Laudate Dominum’ by Mozart, and the Angels’ Carol by John Rutter. She is blessed with a splendid, full voice, without the sharpness or the annoying vibrato that some sopranos have. During the remainder of the evening she delivers more contributions, which are, without exception, little pearls on a beautiful musical ornament.” (…)

(…) “The following duet of Harma and base Nico Rousseau is of a breathtaking beauty.” (…) 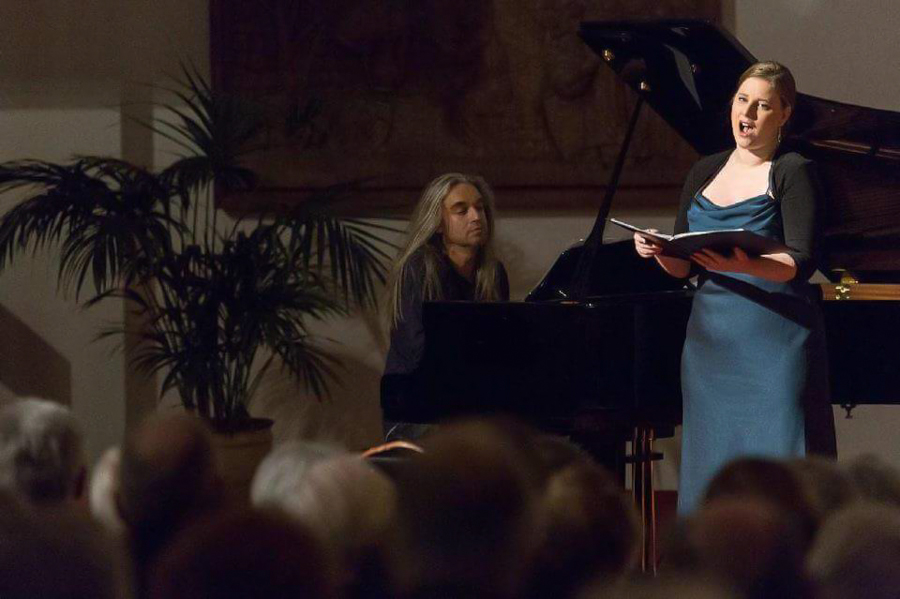 The programme title, Snatches of Old Tunes, almost deliberately understates the time and careful thought that went into devising this fascinating and thought provoking programme. The selection provided a continuous juxtaposition of two apparent polarities, the ancient and the very modern, without a trace of the 18th century.

Rarely have I attended a concert, with so few performing resources, just two recorders and one voice, where the volume scarcely rose above mezzo piano, where not a word was spoken, and yet have been so enthralled and engaged by the entire programme and performance. The standard of all three performers, who had committed almost the entire programme to memory, was of the highest order and to this they added a presentation that was discreet, understated, yet dramatic and totally absorbing. Use of spaces and movement was an additional “textbook” feature of their presentation. Far from being a distraction it served to add focus and dimension to the performance.

I was familiar with none of the music and, apart from Dunstable, Binchois and perhaps Donatoni, the composers were little known. The opening piece, “Il Terzo Congegno del sole passante” by Gabriele Manca composed in 1996 which used of extended techniques for both recorders and voice was performed to a slow processional entry. A special mention has to be made of the outstanding singing by Harma Everts, whose training has focused on modern and avant garde music. Her voice blended effectively with the recorders in both the new and the old music. The two Dunstable compositions, Sub Tuam Protectionem and Sancta Dei Genitrix, which ended the first half and opened the second half, used two early Renaissance basset recorders flanking the singer. Here, the blending of the 3 parts was at its most sublime, with perfect tuning and mastery of the resources. Performed in a processional straight diagonal line across the stage the players moved imperceptibly forward before turning and facing inwards.

Interspersed with the ensemble items Maria played a number of remarkably atmospheric and compelling solos including “The Shepherds Flute from Chinese Pictures” by Isang Yun, followed by Donatoni‘s “Nidi II”. For these, she used a Martin Helder modern treble recorder. Such precision and control of tone and timing held this listener spellbound!

This was followed by Elizabeth Westerhof-Gaskill‘s “Poems for Shiva” a devotional piece, of Indian influence which used an indian dance form for which Harma Everts wore Indian costume and bells, not to mention a sprinkling of petals. She was supported by two Paetzold bass recorders. This highly moving piece ended with a long finely controlled last note holding a harmonic.

This was a simply wonderful concert that closed yet another excellent Early Music Festival. Watch for this ensemble: ÆroDynamic, and, hopefully, in the near future, the CD. They are worth quite a few travel miles! 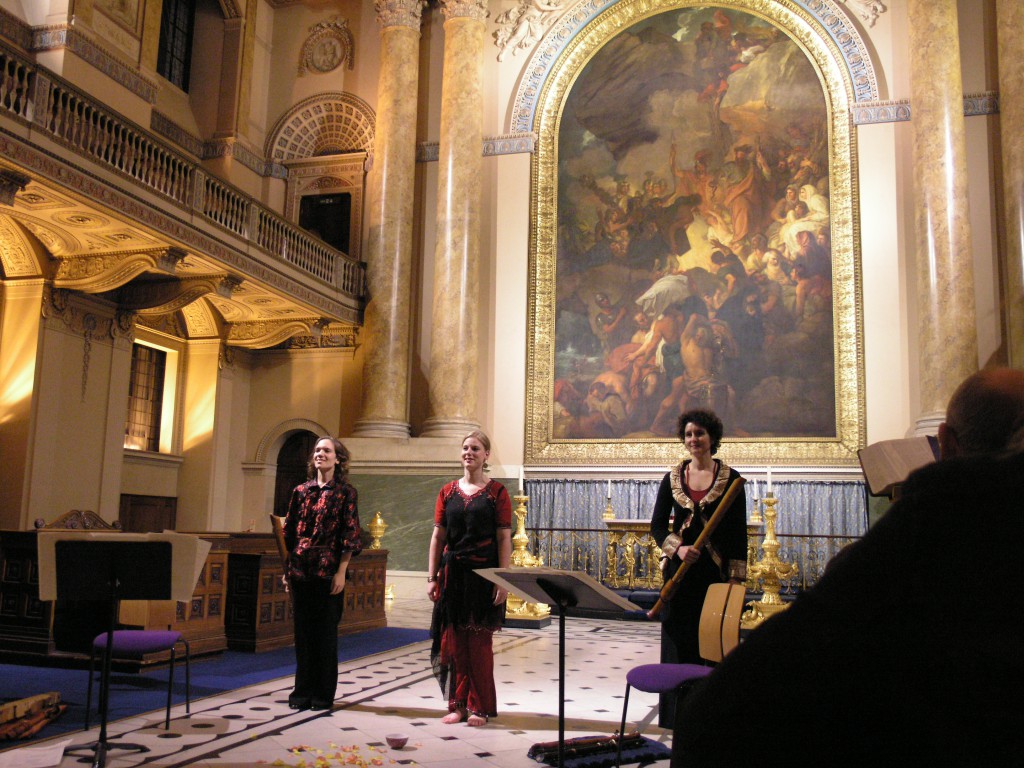 Harma Everts is a Dutch singer, who specializes in both old (medieval, renaissance and baroque) and contemporary classical music. For bookings and demo's of Harma Everts and/or AeroDynamic, please send a message via the contact form.